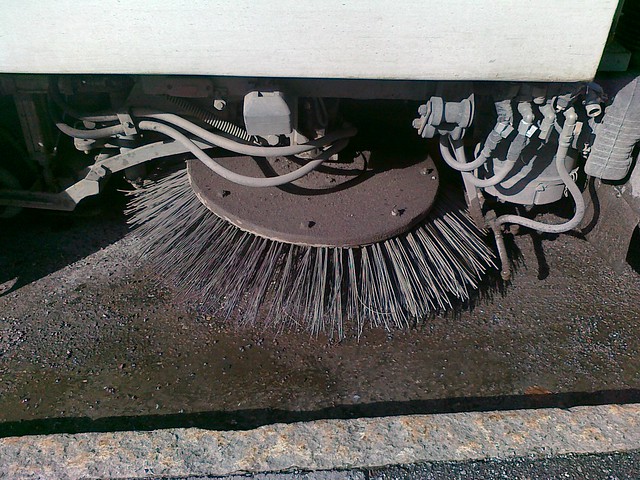 The machines that clean the streets use a springy metal that often fall off and lay in the streets. These pieces are very suitable for musical use. Here is one example, where I squeezed them in between the turns of a big spring, and used them for a recording of a piece of music in a short film, see below.

Lionman! You look a bit weak. I will show you how to exercise.

One of the two short films by Carolina Hindsjö, in which I've used the Platform, the temporarily conctructed instrument “Springy Sploink”, and the Đàn Bầu in the film music, recorded and composed at EMS 2012.
The Gallery
New the 4th of October, 2016.