Video above © by Agustín Ortiz Herrera; photos below © by Anders Rönnlund. 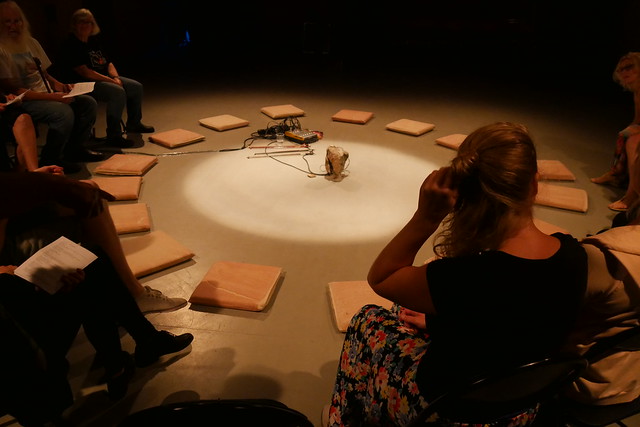 “Two billion years old androgyne is cut into two pieces. They are bound together again through a new navel string. The revolt against the gods is taken up again.”

One stone becomes two, and before they have reached further in the erosion, they still fit like two pieces of a jigsaw puzzle.
They are no less Stone, and they don't miss each other, but they become an image of time. The rock is two billion years old. They cracked maybe one year ago. I try to bind them together with a piano wire, as if they had a navel string to their common ancestry.
Like in the myth of the Androgyne, the circular being that had two heads, four arms and legs, and two sexes, they were divided into two: man and woman, as a punishment for their threat against the gods.