The most traditional music maker, in a historical sense, is the one that designs and builds his instruments herself, who plays and makes his music by herself and who improvises a lot and thinks about what is important in the specific situation. It is a type of artist that we today often call experimental.
I have been attracted to such an activity because I want to give as much room as possible for the surrealist voice, the poetical and political quality that lies in giving up too specific plans and give room for the power of imagination, intuition, improvisation and dreams. It is also a revolt against academism and authoritarianism which is so dominating in this culture, not to speak of the cult of money and fame.
By making my own instruments, and by improvising on them with a stress on the playing situation, I want to get away from what music and a musician are, and explore what it is to be a human or an animal, what it is to make things together (in a moral as well as a poetical sense) and what a society is.
An indirectly political action, but above all a poetical one. 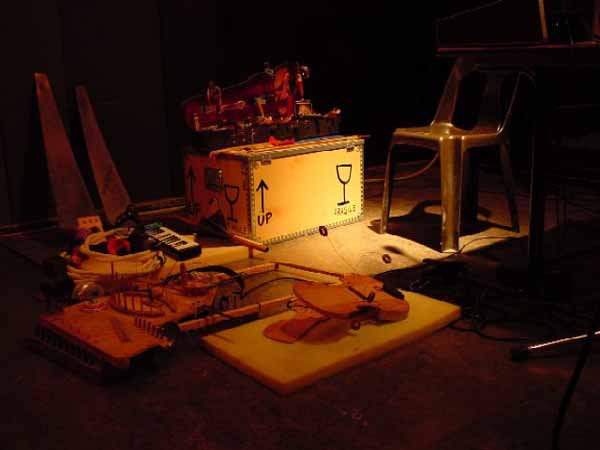 The usual instrument setup for a gig around 2005... 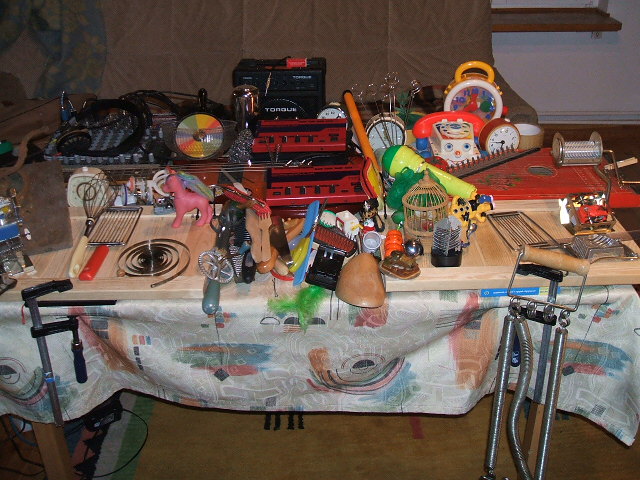